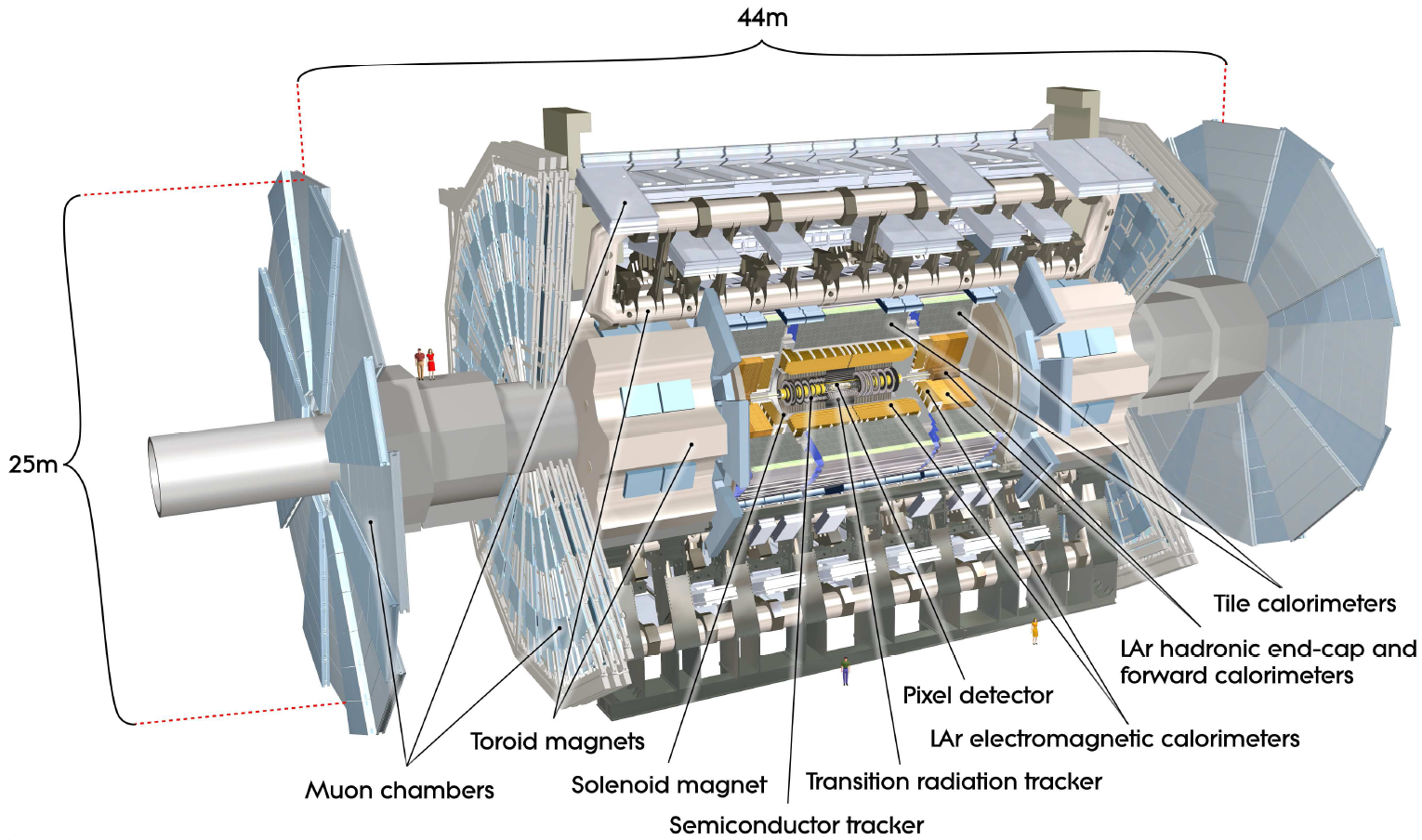 ATLAS is a particle physics experiment at the Large Hadron Collider at Cern that is searching for new discoveries in the head-on collisions of protons of extraordinarily high energy. ATLAS will learn about the basic forces that have shaped our Universe since the beginning of time and that will determine its fate. Among the possible unknowns are extra dimensions of space, unification of fundamental forces, and evidence for dark matter candidates in the Universe. Following the discovery of the Higgs boson, further data will allow in-depth investigation of the boson's properties and thereby of the origin of mass.

Our group is involved in analyses covering physics of the Higgs boson and the top quark, as well as in searches for Supersymmertry and long-lived particles.