In our group we offer a broad spectrum of master thesis topics in experimental elementary particle physics. 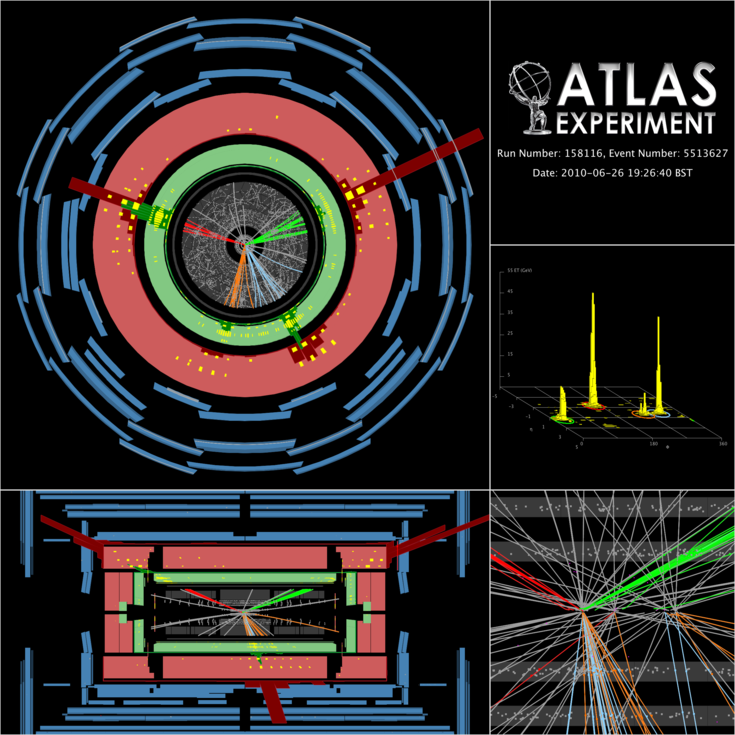 If you have questions of organisational nature, or if you would like to have some advice which master thesis topic would be most suitable for you please contact

If you have already spotted your favorite topic or you have questions concerning a specific topic you can also address directly the contact person indicated for each topic.

Physics of the Top Quark and Quantum-Chromo-Dynamics (QCD) 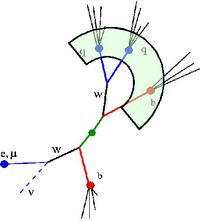 The top quark and QuantumChromoDynamics (QCD) are two parts of the standard model of particle physics which deserve detailed studies using the ATLAS experiment at LHC. Since LHC collides protons, QCD is the main interaction taking place between the constituents of the colliding particles. Understanding these processes is mandatory before any noticed deviation can be claimed a signal of a new physics phenomena. The main object of research are jets of many particles originating from a highly energetic quark or gluon produced from a hard scattering process.

The top quark is the heaviest known particle, whose properties are not fully investigated yet. Proton proton collisions at LHC are abundant with top quarks which allows to measure its properties with high precision. Also top quarks and additional jets are produced in the decay of a heavier quark from a hypothetical fourth generation.

Our research work is currently directed to:

Topics for master theses in one of these areas involve the analysis of measured data using existing software tools, the selection of relevant signal events out of many competing processes, the comparison of the measured results to expectations obtained from simulation studies, the interpretation of the final results in terms of the observed quantity and the systematic uncertainties of the measurement. The actual work will require some software development in the framework of the existing analysis software tools using C++.

Search for Physics Beyond the Standard Model 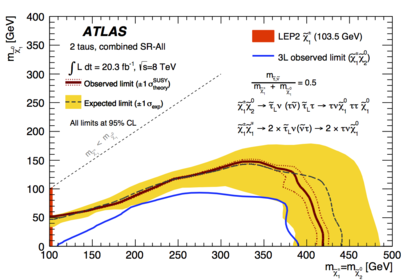 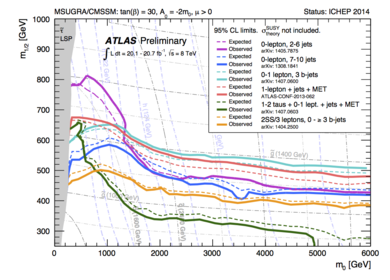 There are many theoretical arguments why the Standard Model of elementary particle physics (SM) is just a very good low-energy approximation, but needs an extension at some higher energy scale.
On the experimental side, the fact that we exists (i.e. the matter dominance in the Universe) as well as the observation of effects that could be attributed to the existence of co-called Dark Matter are the best indicators that there must be something beyond the Standard Model.

One highly cited and well motivated example for an extension of the SM is Supersymmetry (SUSY), where each fermionic degree of freedom is complemented by a bosonic degree of freedom and vice versa. As the supersymmetric partners of the known Standard Model particles have not been observed yet, it is assumed that SUSY is a broken symmetry and therefore these partner particles have different masses. There are strong arguments, however, that the masses of the supersymmetric partners should not be too heavy and in reach of the LHC. SUSY also offers a plausible explanation for Dark Matter in the Universe.

Finding the new particles predicted by SUSY is one of the major goals of the ATLAS experiment. The easiest way to produce SUSY particles at the LHC is through strong production. However, if coloured super-particles are heavy, as recent limits from ATLAS and CMS, and the Higgs boson search results seem to indicate, electroweak production may play a major role in the discovery of SUSY.

Our group is involved in the following areas, where topics for master theses can be offered. 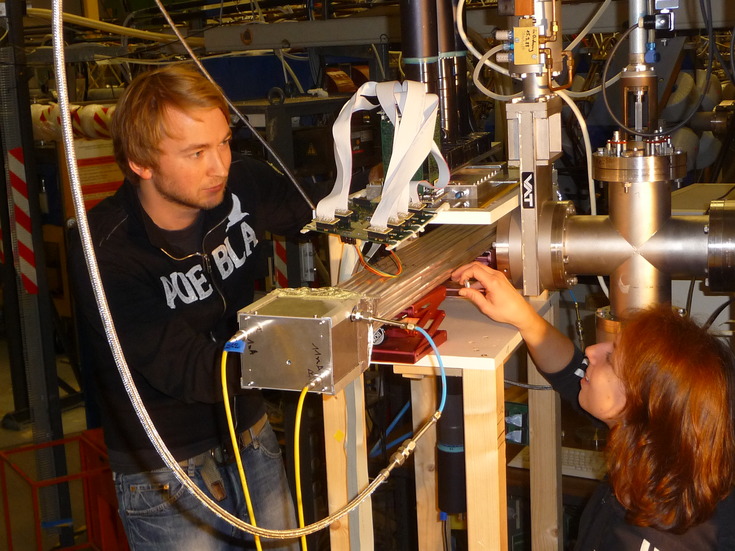 The extreme radiation background conditions at LHC require the development of new and radiation hard particle detectors which shall replace existing and less radiation tolerant detector technologies in the ATLAS detector.

Our research is focused on

Topics for master theses are directly connected to these areas of detector research & development. A thesis involves both hardware and software related work. This includes typically the conceptual planning of an experiment, setting-up the experimental apparatus, performing the measurements and, finally, analysing and interpreting the results from the measurement.