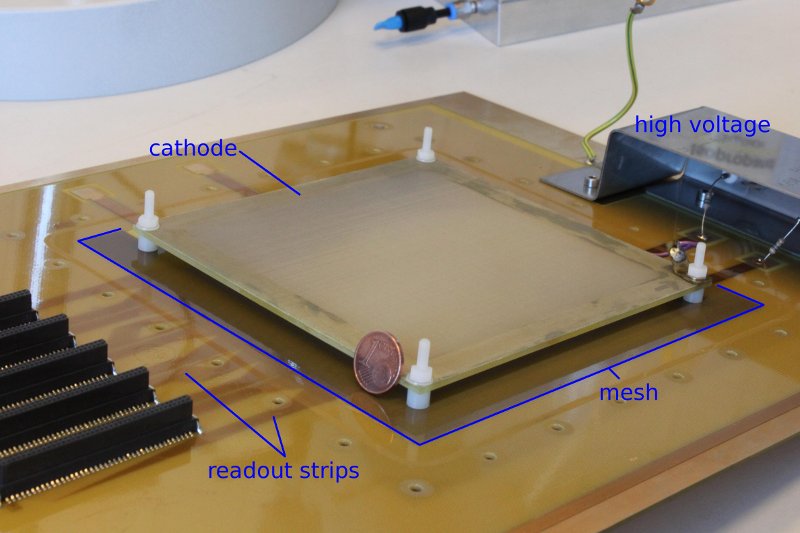 Micromegas (Micro Mesh Gas Detectors) are micro pattern gaseous detectors, that show a high position resolution due to a readout strip pitch of 250 to 500 micrometers. Charged particles ionize the detector gas, usually consisting of argon and carbon dioxide or neon and tetrafluoromethane . Electrons from the ionization process are amplified in an avalanche between a fine micro mesh and the readout strips. Due to the fast evacuation of positive ions within only 100 ns the detector is intrinsically high-rate capable. 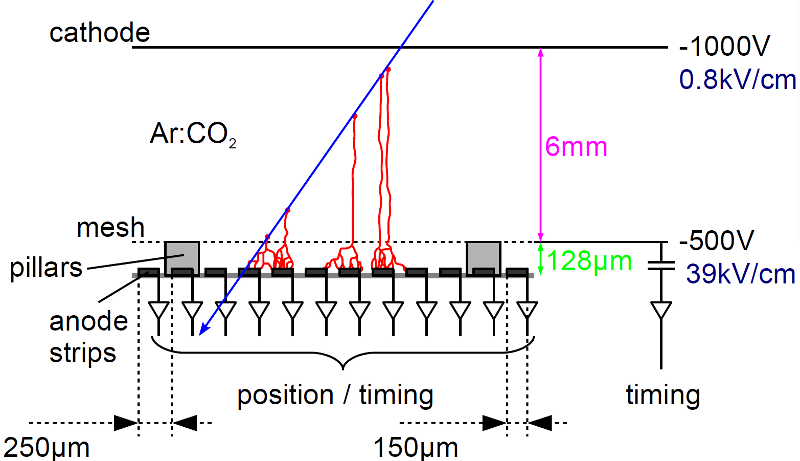 Novel discharge-sustaining readout structures, like the floating strip Micromegas, are developed. These detectors are especially well suited for highest rate applications and have shown to be able to track single particles at flux densities of 7MHz/cm2 and above. Low-material budget floating strip Micromegas allow for tracking low- to medium-energy ions while considerably reducing multiple scattering. 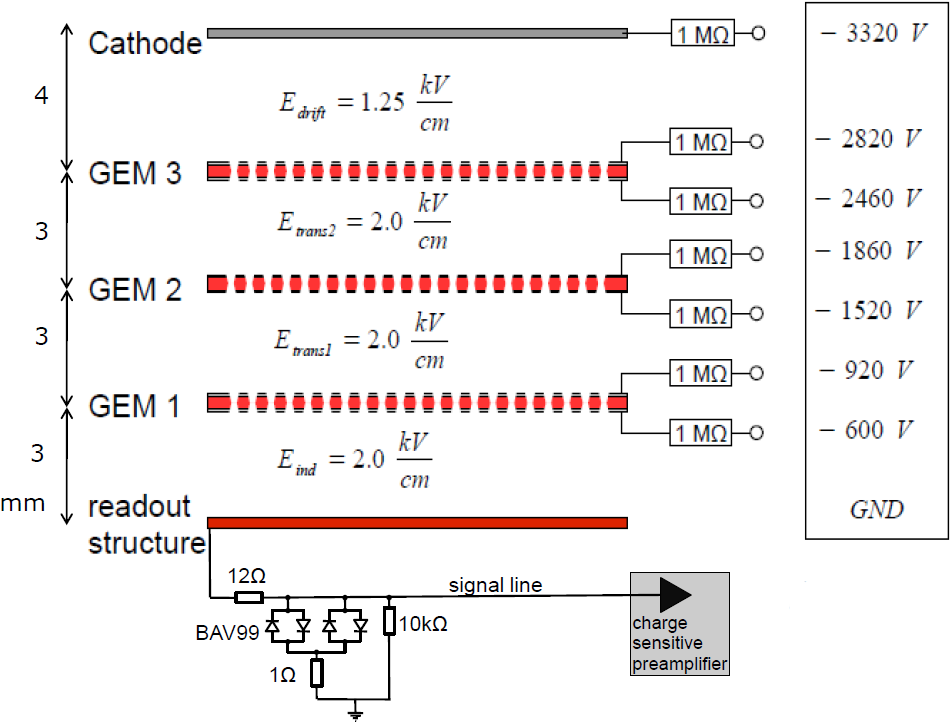 GEM (Gas Electron Multiplier) detectors use copper-clad Kapton foil with etched holes for gas amplification. Since it is easily possible to stack up to three GEM foils, these detectors can be operated very stably at high gain. The spatial resolution of the detector is only limited by the hole distance to about 100 micrometers.

By adding suitable converter layers to the cathode, the efficiency of the detectors to thermal neutrons can be greatly enhanced.

Currently the group is working on photon detection and on high-efficiency precision tracking of termal neutrons with GEM detector.